Shambling soon on a TV near you... 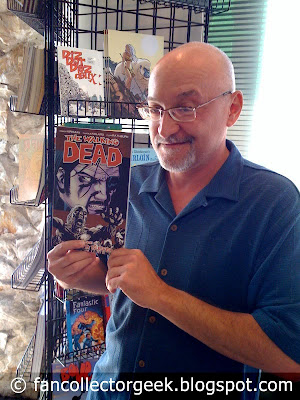 I'm lousy at getting information out there in a timely manner. For example, at the simplest, I have been meaning to write up and recommend The Walking Dead comic book, and talk about collecting comic art, since I first started this blog. Since that time, about 40 more issues have come out, and the book has gone from incredibly popular to mega-super-popular. (Those are my estimates; industry standards may actually label it ultra-super popular). On top of that, it's now being adapted to the small screen on AMC. Given that creator Robert Kirkman wanted to essentially tell in comic form a "zombie movie that never ends" (because when a typical zombie movie ended, he always wondered what happened next to the characters)... given that, a series is a natural way to develop the story. Given that AMC is creating the best dramas on TV now - Mad Men and Breaking Bad - I am really looking forward to the series.
So - I'm way late for any of the above to be news to Walking Dead fans, but I think I'm first with an image of the director Frank Darabont with the comic book (above). I'm not a friend of his, but I could claim to be an acquaintance. We have mutual friends in common, and I often would be at the same events - usually at or related to the legendary Creature Features store in Burbank. I would never expect him to know my name, but the few times we've run into each other he has recognized me slightly, enough to let me say hi and remind him who I am. The last time I saw him was just a few days after he was pegged to direct The Walking Dead series, in The House of Secrets comics in Burbank. He was buying every copy of The Walking Dead available for reference, and he graciously let me take this photo provided I promise not to put it online until a date was announced. I assume he meant a shooting date, and since they're now shooting and it's been announced to air in October, I think I'm safe running it now. Permission is granted to reproduce anywhere provided you leave the copyright notice attached, and please (if possible) link back to this site. 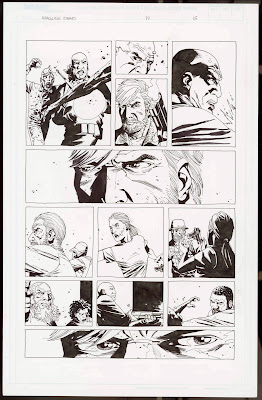 Walking Dead was such a good comic it got me into collecting original comic art much more than I had before. Buying the art for pages is a curious thing to collect: it's taking something you already own and bought for a few cents (a page of a comic) and buying it again, for much, much more money. I got interested in the book just about as issue #24 was on the stands, and it was a great time to buy up some really good pages - like above from Issue 19, the first I bought - for a good price. 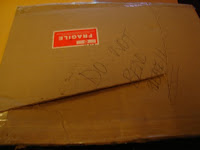 One danger of buying online of course, is having a one of a kind piece damaged. I got page 2 of issue 2 - the only piece I ever saw from Tony Moore's original 6 issues at an affordable price, and a great full page splash of main character Rick. It was in Canada, and it arrived, as you can see to the right - with a hole all the way through the outer cardboard, a layer of inner cardboard, an envelope, 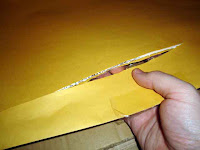 and the ART ITSELF. I promised myself I wouldn't write negative opinions here, but I have to tell you, when I tried to file an insurance claim with Canada Post, they eventually just stopped answering my phone calls. Thanks, Sandro... 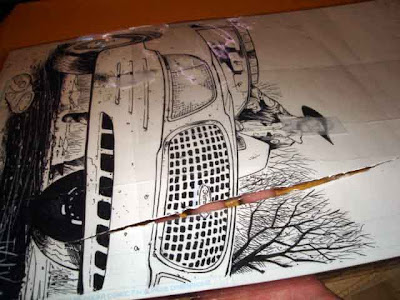 The funny thing is, I got this for such a good price, it's still a good price even with the damage, and it will display just fine. Oh well.
Starting next Monday, this blog will be updated regularly every Monday and Thursday, with each Monday entry being Big Bang Theory themed until I run out of topics. Thanks for reading!
Posted by FCG at 10:46 PM No comments: 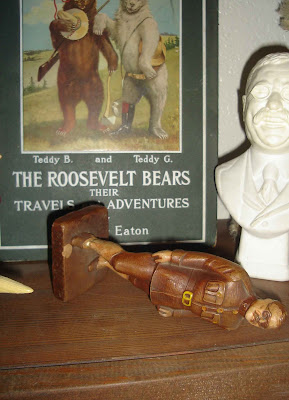 My father passed away last month. Besides being a great Dad, he was a world class collector of Theodore Roosevelt. Memorabilia, writings, everything. If Roosevelt was on it, he wanted it, I remember as a kid happily finding a Richie Rich comic I had contained an imaginary story where Dollar the dog helped Roosevelt dig the Panama Canal and happily giving it to m Dad - it went on the bookshelf in the dining room right with the "real" Roosevelt books. (For years my Mom sacrificed the dining room to the Roosevelt library, until us kids moved out and an upstairs room became my Dad's office). It was always exciting to find something for Dad, even game pieces at McDonalds when they had a presidential game in the 70's. The Roosevelt figure you see fallen above was made in 1941. I just found it at the San Diego Comic Con last year, and sent it to my Dad at Christmas. He loved it, and it was amazing to find something that was around since he was a kid that he hadn't come across yet.
Dad's collection was truly world class - arguably the largest, most complete on Roosevelt privately assembled. One of the guiding philosophies of his collecting was that, if something said it had nothing to do with Theodore Roosevelt, it belonged in the collection.
As far as I'm concerned, Dad absolutely "won" as a collector - he not only created something valuable (the best place to research one of our most influential presidents) but he kept the collection together and sold it for a good amount to New York State, where it now resides under his name. A legacy. (The postcard collection alone is linked here). His collection was unquestionably relevant - it is a real pleasure now to see Dad's name listed as a source in documentaries and books about Roosevelt. 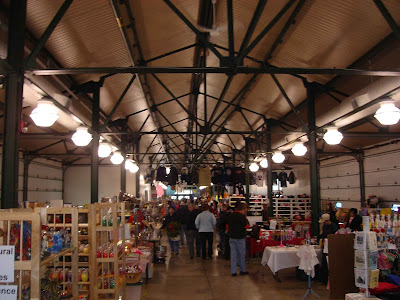 Dad loved going to the Flea Market in Syracuse every Sunday he could. I've often noted that part of the appeal of collecting is the hunt, and that was definitely true for him too. My sister said she might go to the Flea Market today in honor of him, and I hope she (and any other family back there into it) does. 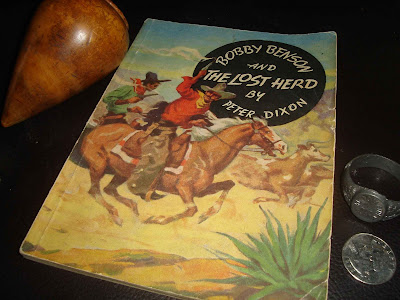 Like, I would say, most collectors, Dad started when he was a kid. He treasured the books he had a child, like the one above, and still had many of them in his office now. The top on the left, and the giant's ring on the right (quarter shown for size reference) were treasured possessions that were amongst a very few things he kept atop his dresser or in the top drawer. I will continue to treasure them. 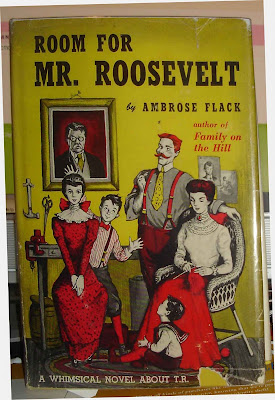 After he sold the collection to New York, he went right on collecting Roosevelt and amassed a fairly decent collection again. A pleasant find as we were looking through this was the book Room For Mr. Roosevelt which is about a family in Syracuse NY that was inspired by TR during his life after the presidency. I'm currently reading it, and finding a surprisingly personal connection to Dad, who also was always somewhat a local historian too. 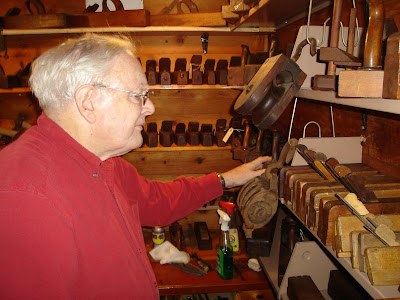 Late in life, Dad acquired an interest in antique, mostly wooden tools, especially planes - and quickly acquired over 400 of them. For anyone else it would have easily passed as a lifetime, sole obsession, but that just underlines the zest with which Dad embraced his interests. (I swear, one of the last times I was home we went to a book store together and Dad found a wooden plane to buy. Seriously.)
One of the reasons I started this blog was to explore the question "Why do people collect?" I know the answer in part for me: I'm a collector because my Dad was.
I miss you, Dad. Happy Father's Day.
Posted by FCG at 12:34 PM 3 comments: